I couldn't resist taking photos of this kitty while she was waking up from her nap. 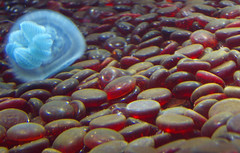 I'm channeling Don Quixote today and I posted the following in panix.chat.politics (which you can only read if you're a panix member), which isn't a place well known for careful or respectful readers. It will probably only get scoffed at there, so I figured I would post it here too.

The US study's control group isn't people, it's driver's licenses. So it doesn't control for socioeconomic status. During the period of time the study was conducted, insurance companies usually didn't pay for the operation. The operation costs $20,000 and up. Therefore the people having the surgery were relatively wealthy. Wealthy people have better health than poor people because they have better access to health care and less stress. As for the supposedly "matching" weights of the control group -- well, I don't know anyone who puts their real weight on a drivers license, or bothers to change the weight on their license when their real weight changes. So the control group is pretty meaningless.

The Swedish study showed a 1 percent lower risk of death (5% instead of 6%) for the surgical group over either 7 or 10 years, I forget which. Given that the surgery carries a double-digit risk of side effects that put a person back in the hospital (even bariatric surgeons admit this), it doesn't seem like the improvement in odds is worth getting the surgery for.

I started writing up my trip to Monterey, but I feel kind of lazy about it. If you want my thoughts about any of the following, please comment and I'll expand this post or write a new post: